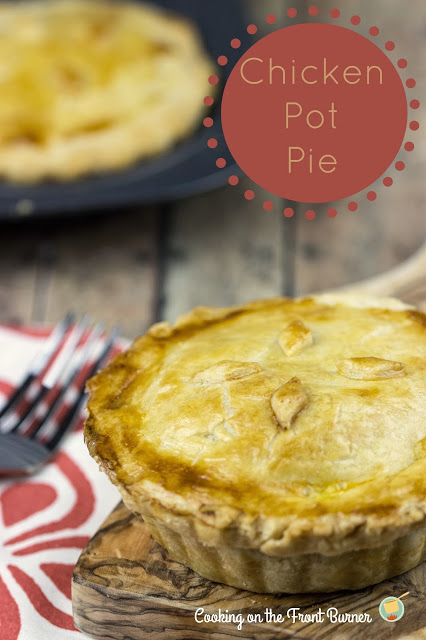 Recently I went shopping with a couple girlfriends.  One of our friends wanted a day in the cities (aka Minneapolis/St. Paul).  I love bumming around up there - it's about a 75 minute ride from here so I offered to drive and we mapped out our day - besides the stores I really like that we don't have in our town (Crate and Barrel, World Market and a BIG Home Goods store), we added a new place called The General Store.  What a cool place!  We spent a couple hours wandering around - they have holiday stuff, clothing, jewelry, food items, kitchen stuff, decorating items and so much more.  Well, you are probably wondering where I am going with this so I'll tell you  - I found this cool baking pan that I just had to have.  The cover showed fruit pies or chicken pot pie - I really wanted it because I love serving food in individual servings. The company is called Chicago Metallic.

First up this past weekend I tried this recipe which was on the box.  It was really tasty and one was definitely enough.  The recipe is quite easy and it could be made into one pie by using a 9" pie plate instead.

I'll be anxious to try some fruit pies next as we still have apples from our tree. 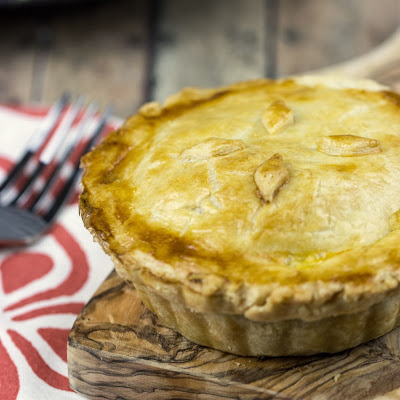 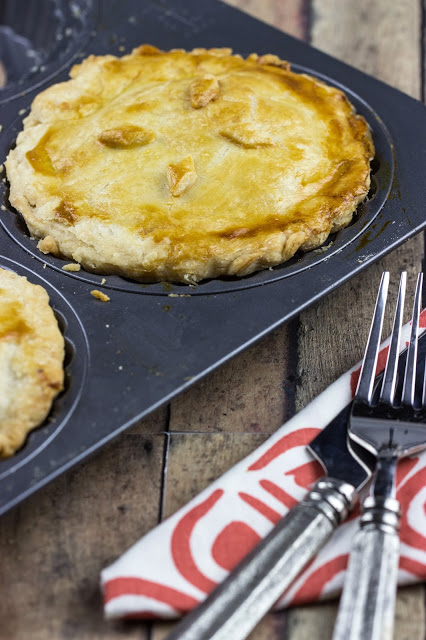 Grab a fork and dig in!  And eat your peas and carrots! 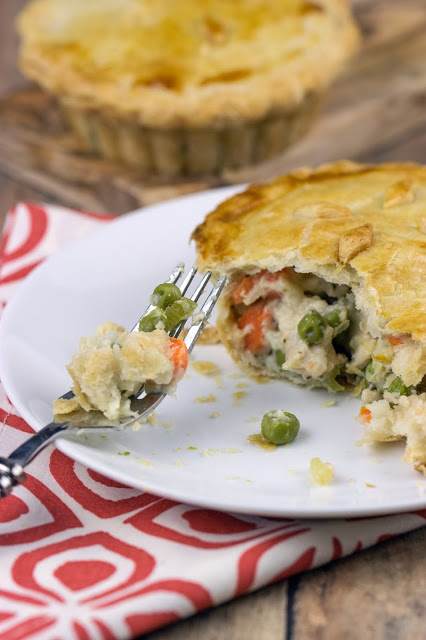